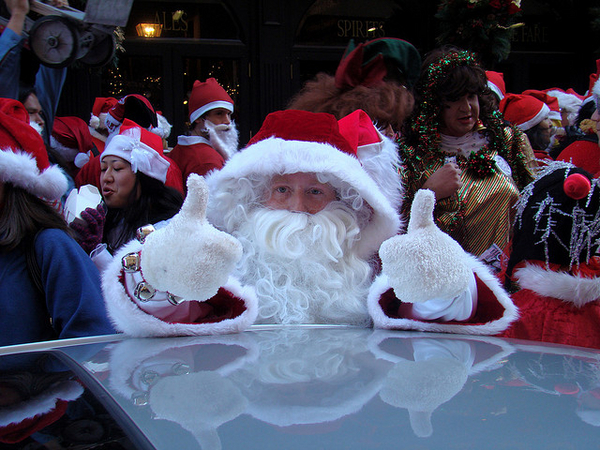 Santa Claus has got a pretty packed schedule this year, he’s visiting a a number of different spots all over North Wales, all the while preparing for the big night in which he delivers presents to all the good boys and girls. Luckily, Santa’s magic powers come in handy here and he’s able to somehow able to be in two or more places at the same time, which is a relief as otherwise he’d probably struggle to hit this all of this awesome list of dates.

Much like seeing the hottest new band’s tour roster to see which dates and times you can get to, we have curated our own timetable guide of where you can catch the big jolly bearded hero himself.

So, as long as you have been very good and have done all your chores, it might be worth paying a visit to Father Christmas to see if you’re on the correct list, you never know, you might just get a present early.

We hope that you have found a date which works for you from the list, we know how busy it can be this time of year.

Happy Christmas from us here at The Four Oaks!